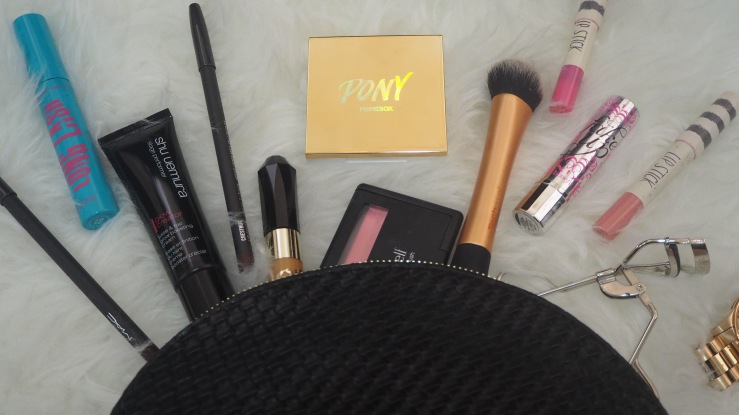 I’ve just realised how K-beauty- centric this site is. It’s like Korea Central around here. But is that really a bad thing? Perhaps My Lipstick Stain should be striving to up our Western beauty game in the future, but today let’s talk about the Memebox x Pony Shine Easy Glam Eyeshadow Palette.

Anyone who considers themselves a K-Beauty Connoisseur should know Miss Pony. She’s a Korean makeup artist who frequently does makeup tutorials on Youtube. She’s not the only Korean beauty guru there is, but she’s a fave because she somehow manages to inject her personality and style into her videos despite speaking only Korean. Non-Korean speaking viewers will have to rely only on subtitles to get what she’s saying, but it works. I’ve never had a friend who doesn’t speak a language I can’t understand, but her videos tell me that this must be how it feels like to be one of those people who travel to foreign countries and form lifelong friendships with the locals despite needing a translator to communicate.

Anyway, Pony has since started her own brand, Pony Effect, but before getting there she had her own line with the brand Memebox. The Easy Glam Eyeshadow Palette is a quad which comes in three themes, #Brown Bloom, #Pink Bloom and #Orange Bloom. This one is #Pink Bloom. 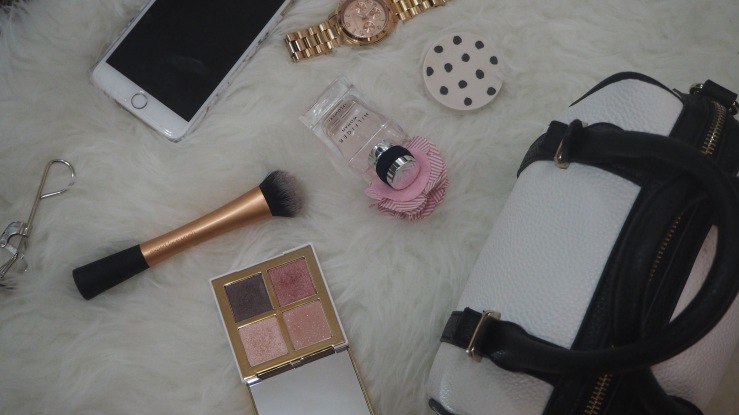 Packaging, of course, is gorgeous and is sturdier and heftier than the usual Korean products which tend to just look cute but are somewhat shoddy and liable to fall apart after heavy usage. Gold/rose-gold seems to be a staple in cosmetics these days, isn’t it? There is nothing printed on the cover of the palette but ‘Pony’, emblazoned in holographic print which looks way cooler in real life but alas is a bit difficult to capture on camera as the lid is reflective. All the details are printed in small print at the back. It’s nice to see Korean products which embrace a sort of Western, edgy/cool aesthetic instead of the cute, adorable, if-Ariana-Grande-was-an-eyeshadow-palette image they usually embrace.

The eyeshadows themselves, however, are still totally Korean in which they are High Shimmer, Low Pigment. Only the bottom two colours show up in one swatch— even then it doesn’t show up all that much. The top left colour presents itself to be a shimmery peach, but shows up as just… pale, powdery shimmer. It’s what would happen if you took a usual matte base eyeshadow then plopped some shimmer on it. And not even the good shimmer. I can’t really imagine using it for your inner eye or brow bone, since it wouldn’t highlight anything. It will just look like you got some disco dust all over you and failed to completely wash it off. 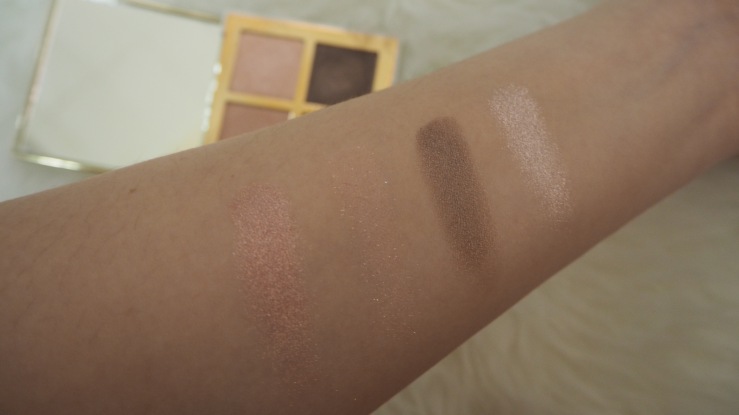 The top right colour is much nicer, though. It’s a true highlight colour, and isn’t just wimpy shimmer like the other one. I mean, it isn’t super pigmented either and doesn’t come off as peach at all no matter how much I layer it. But SHINY. You know how some ‘shimmer eyeshadow’ just look like little flecks and are not shiny at all unless you’re in the right lighting? (most of the time we are not in right lighting.) Well, this isn’t like that. It is straight up Disco. I could imagine using this all over my eyelid along with a cat eye, and it would look totally cool and Studio 54-ish. Or you could get a liner brush and use it only on your inner corners for a nice accent— something like Scarlett Johansson here. Or you could just use it as a straight up highlighter and slather it all over your cheekbones, but the shimmer might be too much  for everyday use.

In the end, the Pony Palette is… serviceable. If you’re into less pigmented eyeshadows, then go ahead and get this one. Less pigmented doesn’t always mean less good, since some people genuinely are not into the heavy smokey thing but still want some colour on their eyelids. So if you’re that person, consider this one. BUT if you’re looking to wiggle yourself out of paying RM215 for an Urban Decay palette, forget about it and start saving your coins before they jack up the prices again.

The Memebox x Pony Easy Glam Eyeshadow Palette is available at memebox.com, but since we all hate international shipping, just get it at Hermo.my for RM85.

One thought on “Is Memebox x Pony Right For Me?”