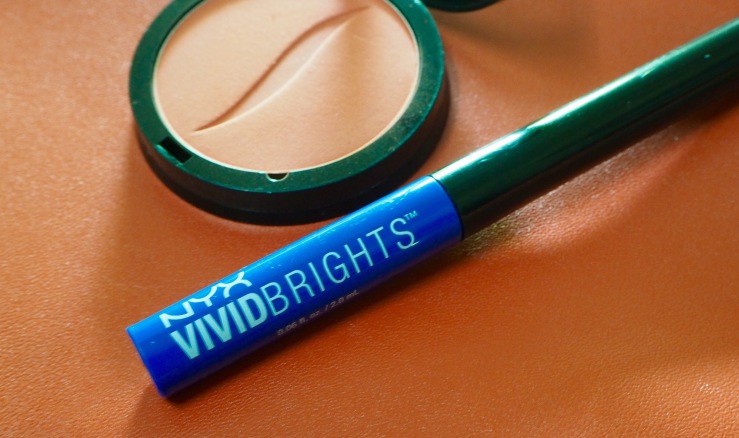 This is mostly due to the fact that I have tiny eyelids, therefore getting to be adventurous with my eyeshadow is out of the question. I LIKE colourful eyeshadow but the good ones are always expensive and I’m apprehensive towards paying loads of money for something I wouldn’t be able to wear all the time (colourful eyeshadows at the drugstore are usually crappy and too wishy-washy). HOWEVER, I’ve found a way to ease myself into a more wearable method of wearing colour on my eyes: meet NYX Vivid Brights Liner.

I mean, okay, duh, colourful eyeliners? GROUNDBREAKING. What’s next, putting colourful eyeshadow on the inner corners of your eyes? But I’ve always admired the look of a bright, vivid, colourful cat eye look ever since I saw Beyonce‘s honeybee-yellow cat eyeliner in Lady Gaga‘s Telephone video.

Unfortunately, I was unable to pull of yellow cat eyeliner like Bey can (NYX has a yellow one in this line which I tried on at Sephora cause I’m disgusting… and I looked diseased, to say the least). Anyway, this blue one looked so electric that I decided to take it home with me. 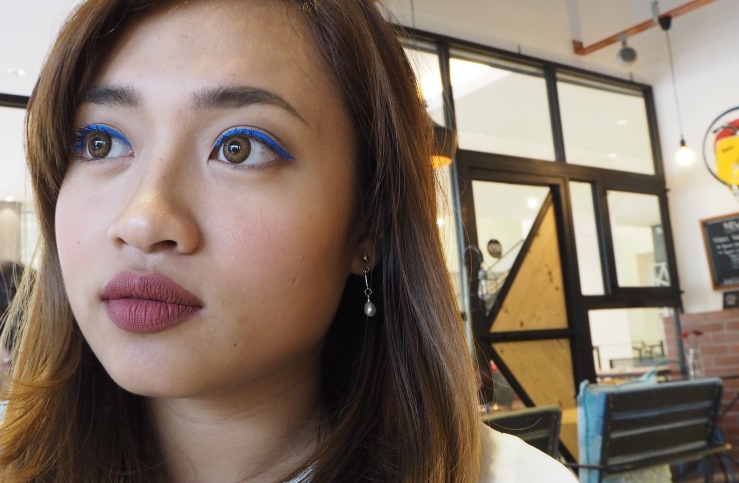 You can see that the colour is UNDENIABLY vivid. It might sound weird, but I’d describe it as the eyeliner version of a liquid lipstick— it goes on typically wet and glossy as any liquid eyeliner does but then dries incredibly matte. I like the matte-ness… it brings out the colour more. However, I would not describe it as ideal in the comfort department: it makes your eyelids feel dry.

I also can’t say that I love this product application-wise, either. Maybe I’ve just been too spoiled by pen-type eyeliners but I find the old-school brush really inconvenient! First of all, I feel like the brush doesn’t grab enough product so you end up having to repeatedly dip your brush into the pot to get more. Furthermore, swiping on a second layer tends to scrape off the eyeliner you already have on, especially if you’re trying to do a cat eye. 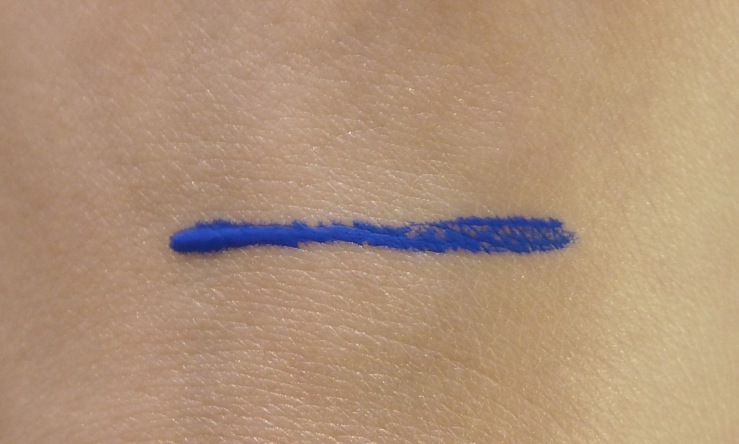 As for how well it stays on, it’s not too bad. I wore this to the beach and it stayed on without smudging. It’s easy to remove, too— this comes off with just water.

Do I hate this product? No, I don’t and I will keep wearing it. Plus it was cheap as hell so I don’t exactly have much room to complain. If you’re just wishing to experiment with colourful eyeliners like I was, then it’s probably wise to just spring for a cheap but imperfect one like this was… but if you’re an avid colourful makeup fan, then I’ll bet there are others out there that are better.

The NYX Vivid Brights Liner is available locally in all Sephora stores for RM28.