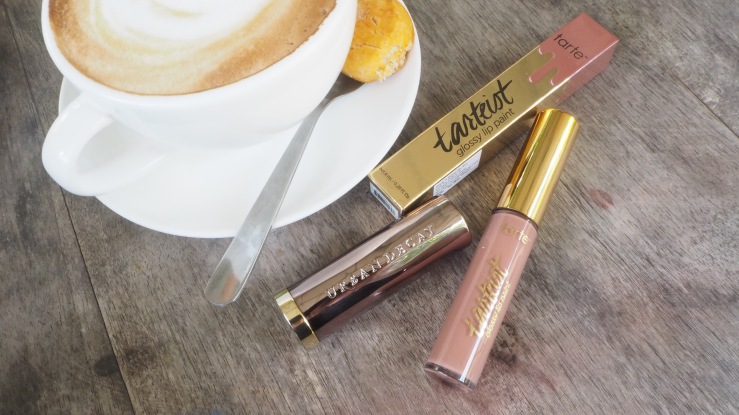 I know, am I not the alcoholic deadbeat dad of blog writing right now? Ah well. Apologies will get us nowhere. ANYWAY, let’s talk about these two lip products I have: the Urban Decay Vice Lipstick in 1993 and the Tarte Tarteist Glossy Lip Paint in the shade Obvi.

Besides the fact that these are both really good products (and yes, I think you should go out and buy them), one of the reasons I find them so interesting (and the reason why I gave this post this title) is that they kind of represent two throwback eras which I absolutely love.

Also I’m annoyed that they’ve added the shade Mrs. Mia Wallace to the permanent collection since I practically sprinted to buy one at Sephora from the limited edition Pulp Fiction line… I think I paid extra for it too! But whatever. 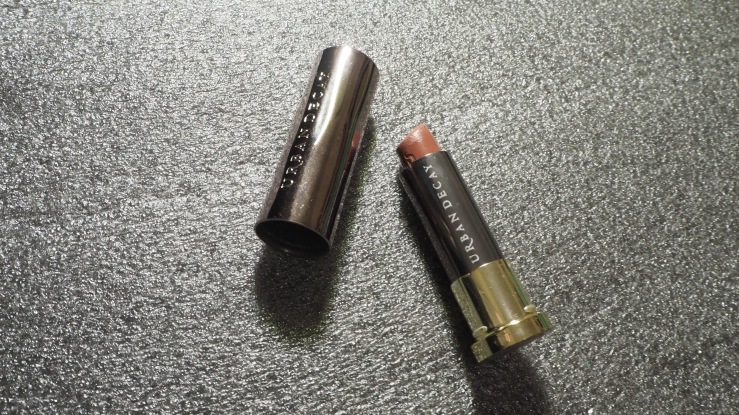 Anyway, so this one is in the shade 1993 and I don’t think anyone will have trouble pinpointing exactly which throwback era this lipstick is meant to represent. There have been many versions of the classic ‘nineties’ brown lipstick in the past few years ever since brown lipstick became trendy again but I think this one really captures the kind of lipsticks that our mothers used to wear when they were teens. Urban Decay refers to this one as having a ‘comfort matte’ finish, which is unfortunate since it means that regular old ‘matte’ is now synonym for ‘dry, chapped, powdery, butthole lips matte’ (sorry, man, but it’s the truth. I’ve given up on liquid lipsticks totally. It is too dry to look good on anyone for more than three seconds) which is exactly as its name suggests– it is matte but still moisturising and comfortable to wear. Personally, I have very dry lips but I can wear this without lip balm and it doesn’t drag or anything.

I’m going to be totally honest and say that the name of the lipstick is pretty much 100% the reason why I bought this– I was born in 1993 (although my personal favourite year in the nineties is 1994). Before this I was never really into the brown lipstick trend– I’m a red lipstick kind of girl. But upon seeing a lipstick named after my birth year… omg, got to have it! But it was sold out in literally every Sephora. I ended up buying mine in Sephora in The Spring, Kuching. I guess Kuching girls aren’t into trying out brown lipstick… or makeup at all really (because they’re all naturally flawless tbh. Also I once had a dude from Kuching tell me I wore a lot of makeup even though I was only wearing liquid eyeliner… like I didn’t even have eyebrows. What’s up with that, dude?). 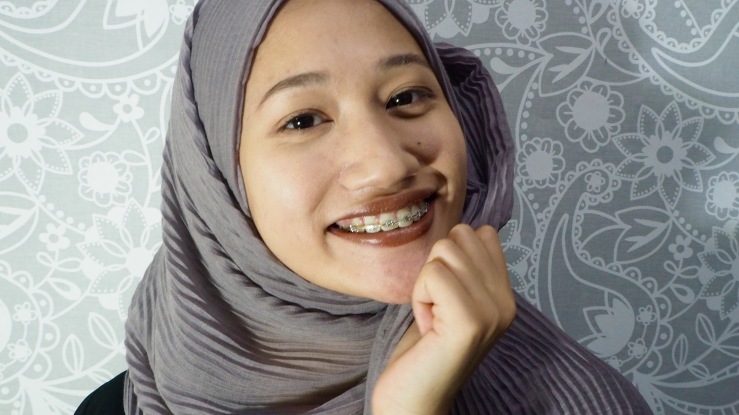 Oh yeah, about the lipstick. It’s really great, honestly. If you’re looking for SUPER MATTE SUPER FLAT then go somewhere else but if you want something wearable then buy this. It applies easily, doesn’t bleed and lasts for a good amount of time. If you eat something it will fade away evenly into a stain, instead of disappearing in the middle giving you that bare ring on your mouth causing you to look like Richard Gere is just about to hire you to pretend to be his girlfriend for a week. I like to wear it when I’m about to head to my job as a waitress in a coffee shop but somehow spend most of my time sitting around with my five bestfriends who always score the best table right in the middle.

So now that we’re done with the nineties, let us head into the 2000s (AKA the best decade)! You know, I’m 23 now and I’m telling you that Blink-182 song was NOT LYING. Also Blink-182 is now old enough to get referenced in songs. Can you IMAGINE all the little millennials dancing to that song in their H&M crop tops while having no idea what Blink is… I CLEARLY and VIVIDLY remember when All The Small Things was in one of those Now That’s What I Call Music!!!!! compilation CDs in my parents’ car (and yes I know, internet people, that’s when they supposedly ‘sold out’ or whatever but I’m not that old so I wasn’t there during Dude Ranch or whatever… plus I’m a Green Day girl anyway). 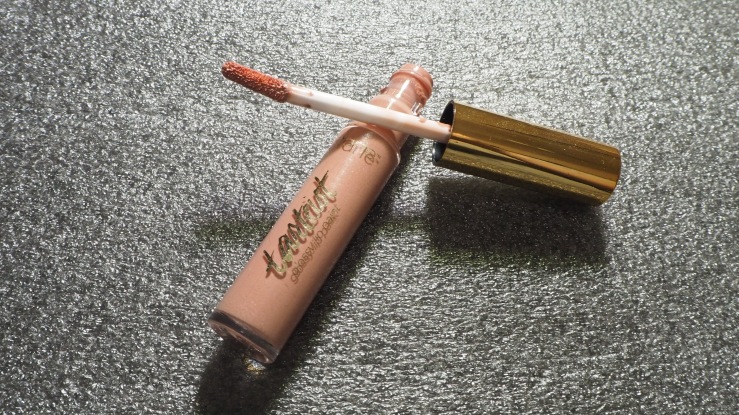 What does all of this have to do with the Tarte Tarteist Glossy Lip Paint? Nothing, actually. Except that at this point in time lip gloss was popular. I mean I’m not really sure what year it was when lip gloss officially pushed lipstick out of the storyline… But anyway, Tarte isn’t really a brand that I pay much mind to. Some of their collabs have turned me off the brand plus I think they’re overpriced for what they are. And some of their names! Even this one– shade name ‘Obvi’– is super ‘how do you do fellow kids’ to me. I mean the other ones in this line are ‘Hella’, ‘Goals’, ‘Slay’.

Cringy names aside, this lip gloss is supa hella on fleek and slays all day like a bae! It isn’t anything like what you usually expect of a lip gloss– which is sheer, wimpy colour. Instead, this 100% has all the coverage and intensity of a liquid lipstick… except glossy. And obviously doesn’t kill all the moisture in your lips and have you looking like that crusty lipped villain from the Spongebob Karate Island episode (man, I am on a roll with my pop culture references today).

How do I sell this on you guys? I mean, can you imagine all those bold lip colours that everyone loves to wear lately… but GLOSSY? Like how high fashion. How editorial. But if you’re a wimp like me who prefers everyday shades, for some reason nude colours are a lot more flattering and easy to work with when they’re glossy. Like if I were to wear ‘Obvi’ in a matte shade, I’d have to wear blue eyeshadow and fake bottom lashes in order to not look dead, but in this case I’ve found that I can just wear a no makeup look with this gloss and instead of looking dead it kind of looks fresh and Glossier Girl-ish. 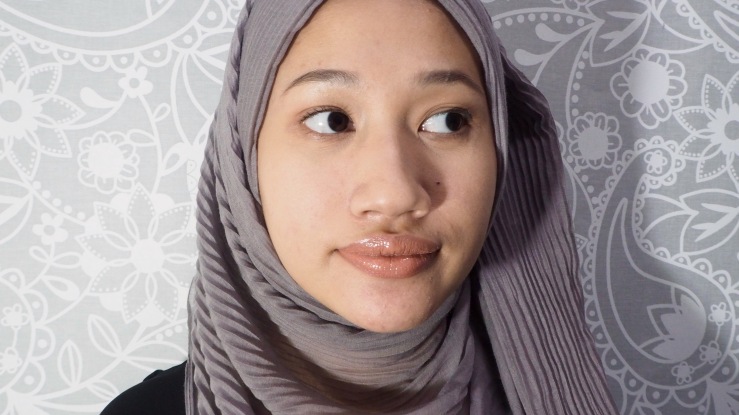 Another thing that might turn someone off gloss is that it doesn’t last long. This one doesn’t have that problem. Obviously you can’t eat a burger and expect to not have to reapply (but at least you can easily reapply it instead of having to wipe the whole thing off and start all over) but I’ve found that after a classy meal with a fork and spoon (which is every meal for classy people like me), although the gloss may have subsided the colour still remains.

But seriously… THE GLOSSINESS is the main attraction. I’m on a mission to get more people to try gloss. PUT ON SOME GLOSS and try to tell me you’re not enchanted by the shiny. DO IT! 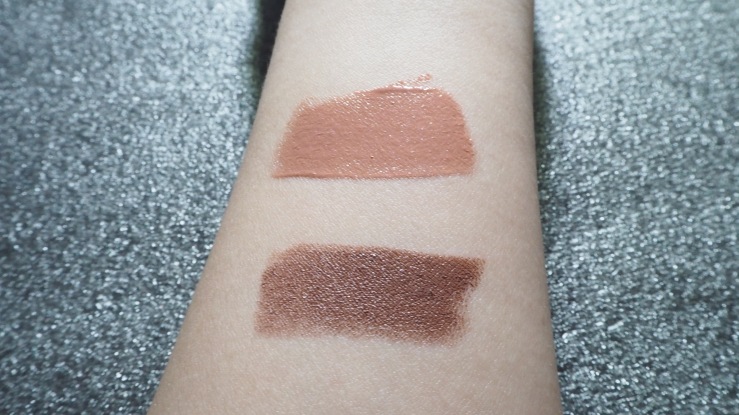 Are you ready to do it? Go to Sephora and get the Tarte Tarteist Glossy Lip Paint for RM80. Also, the Urban Decay Vice Lipstick for RM70 (hurry before they increase the price… you know they will).