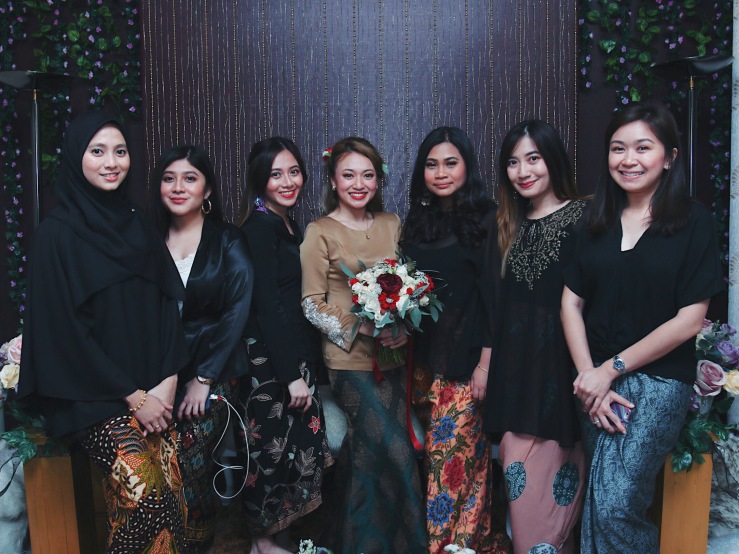 On 28th July 2018, just two days after I turned 27 years young, I got engaged. Preparations for the big night started even before the Eid Celebrations, and I swear to God, there were times when I thought I was going crazy! I was the typical Bridezilla, I got upset for no reason, picked fights with people when things didn’t go my way, and was very very sleep deprived. END_OF_DOCUMENT_TOKEN_TO_BE_REPLACED I’m 27 this year and I am still trying to figure what product would best fit my skin. It’s not that I started caring about my skin later than most girls but because when I was younger, my skin was clear. As in – I really didn’t have a problem with it? Then again what were the stresses a teenager could’ve faced that was more serious than the issues we currently have to deal with as adults, right?

I’m sure you’ve heard of Mario Badescu. The products that the brand offers are so good. Actually good is an understatement – the products that they have are amazing! The only downside though, is they are so mahal. I used to have their whole set because I’m the type of person who sticks to just one brand at a time. I hate it when products in my medicine cabinet don’t match with one another hence the sticking to only one brand rule. Is that weird? END_OF_DOCUMENT_TOKEN_TO_BE_REPLACED

Now that I’ve finally gotten myself a Spotify Premium account, music has once again become something which is actively part of my life (the way it was when I was thirteen) rather than just background noise the way it was for the past couple of years. One of the best investments I’ve ever made, btw. I listen to a lot more independent artists now and am discovering some of the best songs I’ve ever heard. At the risk of sounding pretentious, having so much music becoming easily accessible to me has made me a lot more selective towards what I choose to listen to. Why continue to fill my ears with payola-d, radio trash when there’s so much better stuff available? (In other words, I’ve become one of those people who reply to comments on Youtube about new music sucking with: “Good music still exists!! You just have to look for it!!”)

While I look for new music, I’ve also been reunited with older music that I used to love when I was younger and get to judge them with more grown up ears. Honestly, most of them are objectively pretty bad (I mean, I will still go HAM when 3OH!3’s Starstrukk comes on but you have to admit that it’s hard to defend it as being anything other than a pretty terrible song) but there are also some which I actually end up liking a lot more now compared to how I felt about it when they were new (I would say the R’n’B era was a great one. Honestly, I’d sacrifice every EDM DJ currently on the airwaves for Toni Braxton to have a big comeback).

One of the ways I measure whether a certain song or album is something I truly love and isn’t just something with a nice beat that I enjoy hearing is if it’s capable of bringing me into its world. Is it weird to say that I think some songs have aesthetics? A bland but enjoyable song is just that—something you hear—but a really good song is capable of making you envision things. These ‘things’ include makeup. So since this is supposed to be a makeup blog and not just a personal blog, let me talk about two albums that I really love and talk about what kind of makeup and aesthetics it brings to my mind.

END_OF_DOCUMENT_TOKEN_TO_BE_REPLACED

I’ve gotten a couple of messages on my personal Instagram account (@dayangatul) on how and where does a gal start when she’s still new to makeup? Should she give in to peer pressure and try to emulate this?

Or should she just stick to the basics and build up skill and looks from there?

END_OF_DOCUMENT_TOKEN_TO_BE_REPLACED

You guys know how when corporations are trying to sell makeup to you, they’re not just selling you individual products but rather they’re offering an image and a dream. A dream of the kind of woman you could become if only you’d buy this contour stick or this eyeshadow palette or brow kit. I mean I’m not exactly breaking new ground here… this is something we’ve all known for a while. Women in the 60s were being sold the image of the youthful, skinny, bug-eyed Twiggy woman while in the 80s they were promoting the Amazonian supermodel. Back in the 2000s, I totally admired the whole stick-thin blonde It-Girl heiress wearing gigantic sunglasses and toting around an even more gigantic handbag with a tiny teacup Chihuahua in tow look. Starbucks in hand, of course.

There’s no questioning who was the woman we’ve been pushed to aspire to be for the past couple of years… I don’t want to mention the name because I don’t admire them so much but I don’t have to mention her anyway: you know exactly who she is. And in the makeup giant’s quest to make us want to be her, we’ve been pushed contour kits and liquid lipsticks and high-coverage foundation. Everything we need to achieve that exotic, racially-ambiguous Armenian look. But now I think we’re seeing a new kind of woman emerging—The Cool Girl.

So who is the Cool Girl? I can’t name any specific woman the Cool Girl is based upon. I guess she probably does exist, but she’s probably an artist or a writer or a magazine editor AKA not the kind of person the general public would recognize. It’s funny because the first time the term ‘Cool Girl’ came to my (and a lot of people’s) attention is through Amy Dunne’s iconic prose in Gone Girl (the book and the movie) where she basically laid it out that the ‘Cool Girl’ is a myth and a fraud, a front put up to satisfy men. So it’s funny that the term is now being repackaged into something that’s meant to be desirable and aspirational. Not that I mind all that much—I’m pretty much the opposite of a ‘Cool Girl’, but I find myself really buying into it. So here are some of the elements which I think make up the Cool Girl Look.

END_OF_DOCUMENT_TOKEN_TO_BE_REPLACED

I know, am I not the alcoholic deadbeat dad of blog writing right now? Ah well. Apologies will get us nowhere. ANYWAY, let’s talk about these two lip products I have: the Urban Decay Vice Lipstick in 1993 and the Tarte Tarteist Glossy Lip Paint in the shade Obvi.

Besides the fact that these are both really good products (and yes, I think you should go out and buy them), one of the reasons I find them so interesting (and the reason why I gave this post this title) is that they kind of represent two throwback eras which I absolutely love.

END_OF_DOCUMENT_TOKEN_TO_BE_REPLACED

You know I try my absolute best to never, ever make impulse purchases. I generally don’t buy makeup without reading a ton of reviews first, because too often I buy something without research and end up with a product I hate and never use. I don’t know about you, but I don’t like the idea of having TONS of makeup just for the hell of it. I mean it’s not like shoes and handbags, you know. Makeup rots. Having loads of makeup you don’t use just means you’re hoarding bacteria and fungi.

The problem with only buying well-reviewed products is you’re going to find yourself with a boring collection full of cult-y products that everyone already has. So I try to branch out once in a while and buy underrated products or poorly-reviewed products that appeal to me. I mean who knows? I could end up loving it. That’s how I found myself with the Too Faced Totally Cute palette.

END_OF_DOCUMENT_TOKEN_TO_BE_REPLACED 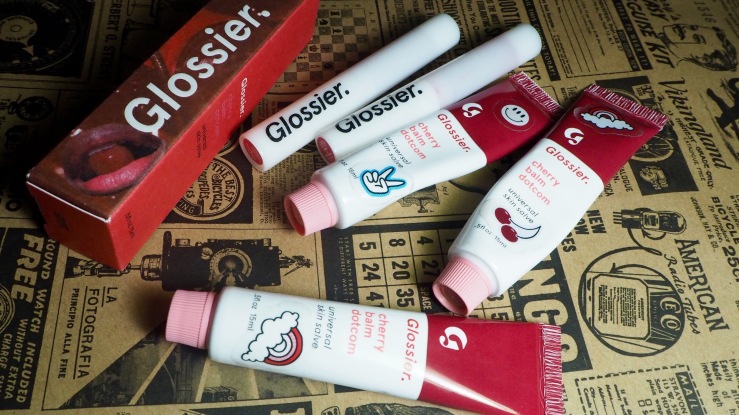 I’ll just get straight to the point – Glossier isn’t just a brand. It is a lifestyle.

Some even compared it to Supreme; the brand does not sell just it’s products, it sells the “lifestyle” it’s wearer believes it provides. The same thing goes to Glossier I suppose.

Am I only swiping credit cards on glossier.com merely for the brand and it’s products? Or am I splashing cash for the lifestyle it’s been marketing?

“The ultimate cool girl”, that’s how it is often described by bloggers and makeup lovers on beauty forums. Some worship it, some loathe it. I can’t tell which one I am, so I guess I split right in the middle. There are days when I love it to death, feeling cool and thinking of it as the best beauty brand of our generation (it’s not, I’ll tell you why in a minute); and then there are days when I’d hate it – knowing I’ll never look as cool or as hip as any of the “Glossier Girls” they keep pushing on social media.

END_OF_DOCUMENT_TOKEN_TO_BE_REPLACED 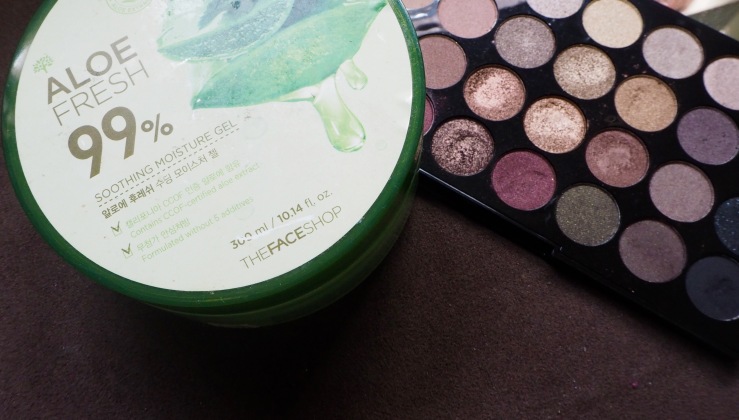 You know I was going to write another product review but then Karl Marx’s ghost visited me and pointed me in the direction of Lisa Eldridge’s new makeup tutorial using exclusively natural and/or organic products. Well, thanks a lot Ghostly Karl Marx because upon watching Kween Lisa’s video, I picked up yet ANOTHER beauty tip which not only totally works but is (almost) TOTALLY FREE– using aloe vera gel as an eyeshadow primer!

Want to up your makeup game while kicking capitalism on the butt? Read on!

END_OF_DOCUMENT_TOKEN_TO_BE_REPLACED

There is no denying that we have an excessive supply of liquid lipsticks or lip creams in the cosmetics market today. No matter how annoyed I get when I see the amount of random brands popping out every single day, I still, end up buying them and adding them into my collection.

Just last week when I was in Kuching, Sarawak, I felt so bored with almost nothing to do (it was a long weekend before the Raya Haji celebration by the way), so I spent most of my time at Sephora and at local makeup stores. What was supposed to be “window shopping to pass the time” turned into purchase after purchase.

Now let’s take a look at two of my most recent lip cream purchases.