It was in 2012/2013 when I started storming in and out of makeup stores like nobody’s business – but of course the budget that I had back then limited my younger self to only the cheaper lines of products (what did you expect from a fresh-grad who just entered the working world?).

And of course there was the obsession with Michelle Phan and all the beauty queens that slayed the Youtube Community with their charming videos. I wanted to be their friend, I wanted to use what they used! What is this face primer that they all speak of? What do they mean I should prep my face with makeup base before applying my (back in the day, NYX) foundation?

Face primer. I had to get my hands on one of those.

The only problem was, I didn’t have much cash to splash!

It was as though God had heard my prayers when I found the Cyber Colors Zero Pore Primer at Sasa.

It fit my budget. It smelled great. It looked sleek. I was sold!

The first time I tried it on, I noticed immediately that my pores became less obvious. Although my face was slightly greasy due to the moisturizer I’ve applied beforehand, the shine somehow lessened and the primer did exactly what it said it would do – my face was matte and and my pores and fine lines were almost invisible. It just sucks up all the excess sebum, leaving you with a nice velvety base ready for foundation. And it lasts the whole day! You can wear this through the whole repertoire of traffic-work-traffic and still find that, at the end of the day, the most you’ll have is a bit of a glow… but never that greasy, unflattering shine.

As I’ve grown older, I’ve tried experimenting with other brands and products especially when it comes to the face primer category. I’ve tried them all – from drugstore brands to the more expensive ones… Some broke me out, some were great, some smelled terrible… I could go on and on because I’ve tried so many.

I don’t believe in never ever getting over your first love (duh!), but between this Cyber Colors Zero Pore primer and me – I’m going to have to make an exception. God forbid that it one day gets discontinued because after all the other products and after all these years, it’s still the one I’d reach out to. 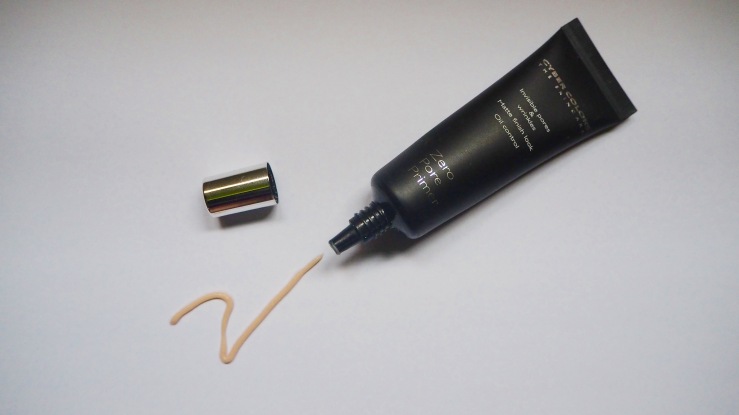 Cyber Colors Zero Pore Primer is available at all Sasa stores for Rm69.90… but look out for discounts!

One thought on “On A Scale Of One To Ten, Cyber Colors Zero Pore Primer Gets A Twelve”